The cowbells were ringing in the distance, and Honey Lovely smiled and tapped her little green foot to the offbeat rhythm. Clipping fat, fleshy stalks of asparagus, she quickly filled her third and final bowl, bringing it over to the rocky basin to rinse. Today had seen a bountiful harvest. Honey was especially thrilled with the amount of ox milk they’d gotten from their small herd. The recipes she was planning were whirring through her mind as she mechanically tied off bundles of the green vegetable and laid them in the shallow cellar, which was cooled by an icy, underground stream.

When she was through, she replaced the thin gold cover and walked to the open window. A slight breeze consistently passed through the little hamlet where the Lovely’s lived, carrying on it the scent of wool and iron. The wind blew in from a place the inhabitants of this small village call, the Passage. Their sun gave only a perpetual shade of twilight, and their land was green as far as the eye could see. Encompassing their world were mountainous walls of limestone and granite, and it was through one of these walls a large crack had appeared many millennia ago.

It was believed by the people of this land, their ancestors had entered through the Passage and settled here. Stories persisted, passed down orally from generation to generation, of the founding families and the violent world they’d left behind. The first to discover the land, Martin Wolfe, had returned through the Passage to bring his family and close friends to live there in peace. Martin’s world outside had been devastated by years of drought, war, and famine. This land had been the answer to years of prayer, and Martin knew if he announced his discovery to the world, it would be ravaged of resources within a few short years. Rather than sacrifice this beautiful, bountiful land to the greed and carelessness of his fellow humans, Martin instead secreted away only a few people of his own choosing. It is thanks to his actions the land has been preserved and the people have lived in peace for over a thousand years. Thus, the new land was named ‘St. Martin’s Land’, after their devoted benefactor.

Honey Lovely was tired. She’d been preparing food for Martinmas all day. Tonight, they would feast on roast grouse, cream of greens stew, and one single goat, shared with the whole community. As Honey gazed out over the fields of clover, she realized she could no longer hear the familiar clanging of the cowbells. Her children, Agneeta and Willem, were supposed to be herding the oxen back to the stables. With a huff, Honey called out, “Willem! Agneeta! Bring those oxen on in, now!” When she heard no response, she went out the door, grumbling under breath, “Those kids better not be playing around out there.” Heading into the fields, Honey began to search for her children.

“Will – did you hear that?” Agneeta tapped her brother’s shoulder, distracting him from the small hat he’d been weaving from the lemongrass under their feet.

Agneeta shook her head in annoyance, “Oh, nevermind. Hurry up, will you? I’m starving. Mother said she’s making cream stew tonight, and I don’t want it to get cold.”

“Mhm,” her brother barely grunted in response as he finished tucking the last few blades of grass into the hat’s wide brim. Securing them with a small knot, he placed the cap on his head, smiling up at his sister, “Well, what do you think?”

“Your technique is definitely getting better. I wish I could weave like you.”

Willem beamed, then tilted his head to the side, “Listen,” he paused, straining his ears, “There! Did you hear that?”

“I tried to tell you. I think it sounds like a cowbell. Do you think one of the herd got away?”

Willem looked around, mentally counting off the beasts.“They all seem to be here. Could it be the Faithly’s goat?”

Agneeta didn’t think it was the goat, or a cowbell – it sounded too high and hollow for any of the animal bells they used. Curious, she slowly followed the source of the sound which continued to peal every few minutes. They were already on the very farthest outskirts of St. Martin’s Land, and the sound seemed to come from the rocky walls, themselves. The children knew the Passage was nearby; the ringing was carried on the winds flowing through the thin crack.

“Definitely not the Faithly’s goat,” murmured Agneeta. Looking over her shoulder to her brother who hovered close behind, she nodded toward the Passage, “Shall we see for sure?” All thoughts of cold cream stew seemed to have left her mind completely.

Willem recognized that twinkle in her eye. Of the two of them, Agneeta had always been the more curious – and mischievous – sibling. Sighing, he knew there was only one response his sister would accept at this point, “After you…”

Clapping her hands in front of her, Agneeta took a deep breath and, without another thought, walked straight into the Passage. Willem tip-toed after her, sure this was their worst idea yet. Once inside the narrow corridor, they had to fight against the winds as they increased in strength from the immense pressure of the mountain. The constant zephyr stole their breath any time they tried to look ahead at their pending destination. Thus, they moved as quickly as possible through the craggy crevice, finally emerging into a small rocky basin full of bright sunlight on the other side.

They shielded their eyes, unused to the intensity of the sun’s rays. The air was suddenly still, and a hand held up to the Passage revealed the wind was being sucked through. They heard the pealing of bells again, much louder this time. The culprit – a tall steeple, shrouded by trees in a lush valley below the small boulder pit. The siblings looked at each other with dropped jaws. The air smelled almost sweet – a far cry from the musty-smelling breeze in St. Martin’s Land.

“Agneeta, come on. Let’s go back home. Mother will worry.” Willem’s nerves betrayed him in the slight quiver when he addressed her.

“We have some time. Let’s at least explore a bit.” She batted her eyes and pouted, “Please? This is like a magical adventure! How can you possibly want to leave before even looking around?”

“Ugh. Okay, fine. Only a few minutes, though. And then straight home, okay? I don’t want to miss Martinmas Eve.”

“Yeah, yeah, straight home.” Agneeta stuck her tongue out at her brother and took off running and laughing down the steep hill. “Come on, Will! Wheeeee!” Agneeta flung herself to the tall grass, crossed her hands over her chest, and rolled the rest of the way down.

“My sister is a crazy person,” muttered Willem out loud. Carefully picking his way down the hill, he rejoined Agneeta some moments later. She was crouched behind a large, strange-looking tree, staring at something in the distance. He walked up to her and, without a word or glance in his direction, she motioned for him to get low. His heart thundered in his chest. Could it be some vicious creature intent on making them its lunch? His imagination ran wild, inventing all manner of new and terrifying beasts. Then, he heard a familiar noise. Laughter.

“Stephan! Wait for me!” shouted a young girl. Willem could see her now – a smallish child of about five or six years, wearing a pretty red dress and two long blonde braids fastened with matching shiny red ribbons. Agneeta’s eyes were transfixed on the scene as the boy in question, Stephan, turned to taunt the girl.

“You’ll never catch me! Chicken legs!” More laughter rang out as the girl burst into a sprint and launched herself at the teasing boy. They rolled and tussled in the long grass, coming closer and closer to Agneeta’s and Willem’s hiding place behind the tree’s thick trunk. Agneeta gasped audibly as she confirmed her suspicions – their skin was… pale. More than that, their eyes seemed tiny, and their limbs gangled awkward and long at their sides.

“What was that sound?!” The young girl stopped wrestling and stood, facing the tree.

“What sound? I didn’t hear anything. You’re just mad because I was about to win.”

“You weren’t even close, Cheesehead.” The girl rolled her small blue eyes, “And, I did hear something.” She pointed. “It came from over there. Behind that tree.”

Willem swallowed past a lump which had formed in his throat. Before he could stop her, Agneeta stepped out from behind the massive trunk. The fair children gasped in astonishment. The small girl hid behind Stephan, who put a protective arm out in front of her.

He eyed Agneeta curiously, “What – are you?”

Agneeta tilted her little green head to the side and quipped back, “What are you?”

“I am a boy,” came Stephan’s simple reply. “And, this is my sister, Tildy.” Tildy peeked out from behind her brother with a timid smile. “She’s a girl,” Stephan added matter-of-factly.

“I’m Agneeta. And, this is my brother, Willem.” Motioning to Willem who still hid himself behind the tree, she sighed in exasperation, “Oh, come out now, Will. They seem nice enough.”

Poking his head around the tree evoked another round of gasps from the siblings. “Hulllo,” he said, offering a half-wave with his small green hand.

“Thank you,” replied Agneeta, “but we’re not sick. Just a little hungry. We’ve had quite the adventure today.”

At the mention of food, Stephan broke out in a wide grin, “Mother is good with food, too. Come on! Let’s get some lunch, and you can tell us all about your adventure!”

Pleased to accept this invitation, Agneeta and Willem followed their newfound friends into the heart of the village in the valley.

Honey called and called, shouting for her children until her voice was hoarse. Her neighbors, the Faithly’s, having heard her yells, found her collapsed in the field of soybeans, tears streaming down her face.

“They’re gone!” she cried over and over, “My babies are gone!”

The Faithly’s gingerly lifted Honey to her feet and helped her back home. Mr. Lovely, returning from the gold mines, organized a search party. Together, the community scoured the fields, searching for Agneeta and Willem, to no avail. It was finally surmised they must’ve breached the Passage, though there were none willing to brave the unknown to go after them. Mr. Lovely knew there were any number of untold dangers on the other side of the Passage – a fact kept from the children until their older years. He daren’t send any of his friends to their certain death, nor was he inclined to leave his distraught wife to surely meet his own end in the outside world.

Thus, the Lovely’s were left to hope and pray their children still lived and would one day find their way back home. Tonight, they would celebrate Martinmas Eve alone. In time, they knew they would begin to feel the pain less, but the hole left by Agneeta’s and Willem’s absence would never be truly filled. Yet, for the siblings – their journey was only just beginning. 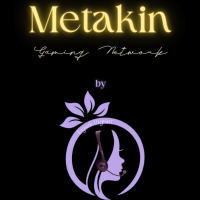