Marla Hope Washington had followed her dreams and become a marine biologist. In high school, she’d been voted ‘Most likely to discover mermaids‘ – a laugh the yearbook committee had had at her expense. She’d never been very popular among her peers. With frizzy, mousy-brown hair, thick black-rimmed glasses, and freckles galore, Marla very easily blended into the background almost everywhere she went.

Except when she was in the water. There, she stood out from the jagged coral reefs, the predatory sharks, and the unforgiving tides with her soft demeanor and her careful appreciation of the menacing environment. Of course, not all waters were this treacherous, but here, just off the Cliffs of Delphine, the waves crashed against an ever-eroding wall of precariously perched rocks and boulders.

And, it was here, Marla’s life would be forever changed.

As she breached the surface of the cold, choppy waters, Marla lifted her scuba mask, tasting the salty ocean spray as she was jostled to and fro. The shoreline was a little less than half a mile away. Fighting against the current, she swam the short distance to her small, 17ft re-purposed whaler. The boat had definitely seen better days; its white paint was now flaking and what was left of it had faded to a splotchy cream color. Hastening toward the worn and weathered rope ladder which dangled over the side, Marla first tied off a small satchel to another, thinner rope hanging near it.

Ascending the wobbly ladder in no more than three steps, Marla rushed to the line and pulled up her prize. Untying the corded rope keeping the thin burlap sack closed, she reached inside, wrapped her hands around the object’s cool, wet surface, and lifted it from the bag. Her brown eyes twinkled with mirth and the calm realization she had finally found what she’d spent half a lifetime searching for – the key to the Tablets of Delphine.

As she stared at the chunk of solid gold, inscribed with worn and weathered symbols, Marla gasped as she recognized one. The rest would take time to translate, but this one – it was the symbol of Taragaton, the city of kelpiwani – also known as… mermaids. The infamous Tablets of Delphine mention this underwater realm only once, alluding to mystical beings below the waves. Charles Washington, Marla’s father, had been the archaeologist who’d initially made the discovery. His revelation had opened a door to the distant past, and he’d spent the rest of his life translating the tablets.

Charles had passed away the year prior, under very suspicious circumstances. Marla’s passion for marine biology, mixed with her admiration for her father’s work had driven her to seek out the last piece of the puzzle. The tablets her father had found, amazing and informative as they were, remained incomplete. The missing corner of the last tablet had been Charles’ biggest, and most fruitless, treasure hunt. It had taken Marla’s knowledge of the ancient oceans, a geologist to calculate how the weight and composition of the piece may have acted in opposition to the currents over the centuries, and a local Delphite guide to lead them to their best guess of where the golden stone had ended up.

And they’d been right. As Marla stared in awe at the heavy, sand-covered rock in her palm, she wished her father could be there to share in the moment with her. With a sigh, she replaced the stone and hefted the satchel over her shoulder, securing it around her torso with the braided cord. Glancing up to the stars, she aimed the whaler toward the darkened beach and started the engine. Her crew awaited.

Ashton Christoff’s bright blue eyes scanned the water. The cool night had brought on heavy fog; visibility was so poor, he could barely make out the cliff’s edge just 15 feet away. He knew Marla was out there, somewhere, searching for the key. He worried for her safety as the swells rose ever-higher. Again, he lifted his binoculars and shone his LED spotlight across the churning waves. The fog twisted and curled, like the roots of an ethereal tree, growing and melding into one another until, finally, evaporating into the inky black night. He scanned once more and saw a break in the waves.

“She’s back!” Ashton hurriedly shoved the binoculars into his rucksack, motioning for the other crew members to follow. “This way. She’ll come in near the cliff face.” He hefted the bag of equipment over his burly shoulders and led the way.

“Si, Senor,” Manuelo Ezperanza, the group’s local guide, made a mark on his maps, then folded them away and took off after Ashton. “Senor Marvin! Vamanos!”

Marvin Bowers nodded, checking his weapon was holstered as he fell in line. As they trudged along the sandy beach, they could hear the whaler’s engine getting louder and louder. Finally, the rickety boat emerged from the darkness, its many flaws highlighted by the spotlight.

“Grab the rope!” Ashton’s gravelly voice could barely be heard above the roar of the waves and the throttling of the engine. “Pull her in!”

Manuelo rushed forward, yanking down the black dock line and trudging forward through the virulent tide. He tied the rope around a jagged boulder jutting out into the water’s edge, and began to climb the flimsy rope-ladder. He fully expected to see Marla’s petite, serious features popping out at him from the makeshift cabin housing the rudder and steering implements. He glanced around the small boat, but Marla was nowhere to be seen.

“Senores! Falta la dama! The lady is missing!” Manuelo’s panicked shout caused an instant response from those on the shore.

Marvin Bowers reached for two things – his gun and his radio. Brandishing the sidearm, he pushed the talk button on his walkie, “Ms. Washington is on the run. All sentries, be on the lookout. She won’t have gotten far.” With that, Detective Bowers climbed into his shiny, black rental car and sped away.

Stay tuned as this story grows! What will happen with the key? How will Marla’s life be altered? Let me know what you think in the comments! #HappyReading!

6 thoughts on “The Tablets of Delphine” 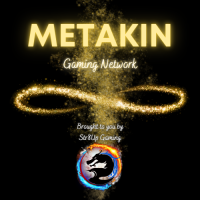