This story is my entry into the #NYR2020 – New Year’s Revolution Flash Fiction Event. My chosen topic – ‘Execution’

By the time anyone realized I was missing, I’d be long gone. My destination was a little-known place on the brink of becoming a ghost town – Cairo, Illinois. I loaded up the trunk of my 2007 Buick with two small suitcases, a box containing all the books I owned, and my hunting rifle. That rifle… it was a grim representation of things gone wrong.

Two weeks ago, I’d gone into the Adirondack mountains with my best mate, Jackson. We liked to go hunting on the weekends, and the mountains were chock full of wildlife. We almost never came away empty handed. But, this last weekend, I had.

The day began innocently enough; Jackson and I loaded up into his pickup and headed out before sunrise. We grabbed our guns and headed to our usual spot by the lake. Jackson lugged the cooler of beer, and I doubled-checked to make sure I had the keys. I was the designated driver today; tomorrow would be Jackson’s turn.

We approached a rickety old deer stand. It’d been there for at least twenty years; Jackson and I had been using it for about that long, anyway. We climbed up, and Jackson immediately popped open a beer and began slurping it down. We sat in near silence for the next few hours, watching the sun climb higher in the sky. We spotted a few does, a lone coyote, and even a big, brown bear. The lake was a busy gathering place that morning.

Finally, as the sweltering sun reached its pinnacle, he appeared – a robust, regal-looking buck. I nudged Jackson. He eyes followed mine and he spotted him. The buck snorted, stamping his feet. He was nervous. So was Jackson. I could see the sweat beading on his forehead. I sat back and held my breath as he lifted the barrel and aimed.

His shot rang true. The buck fell, scattering the birds perched in the nearby trees. He whooped and threw a fist into the air. Quickly chugging the rest of his beer, Jackson swung his gun onto his back and headed down the ladder. I followed close behind.

Once on the ground, Jackson’s level of intoxication became immediately apparent. He swaggered and swayed. What followed happened so quickly, I never even had a chance to warn him.

I don’t know what came first, the shot or the scream. All I remember is watching Jackson fall to the ground. My ears rang from the echo of the rifle shot. Frantic, I ran to Jackson’s prone body. His gun was lying on the ground next to him, still hot. I picked it up and emptied the chamber, then tossed it to the side.

He’d blown a large hole into his cheek and was bleeding red, crimson rivers onto the long grass. I struggled to lift him, forcing myself not to wonder if he was dead or alive. Deep down, I feared I knew the truth. I found his wrist and checked his pulse. Nothing.

I stood and paced back and forth. I’d seen the Investigation Discovery shows… I was going to look guilty, I just knew it. I flew into a panic. Leaving Jackson behind in the pile of rubble, I jumped back into the pickup and drove to my own vehicle. Once home, I quickly packed my things and prepared for a speedy departure.

I had a great-aunt in Illinois. My mother had been her favorite niece, so I was pretty sure she’d take me in. It was the perfect escape. It was the only escape.

I slammed the trunk closed and hopped into the driver’s seat. Throwing the gear stick into reverse, I pulled onto the street and drove away. Guilt ravaged my mind. Jackson deserved better than this. He didn’t deserve to be executed in such a grizzly manner. And, I didn’t deserve to be executed because of a ‘suspicious accident’. No… the only ‘execution’ happening today, was me – executing my plan. 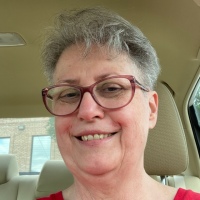